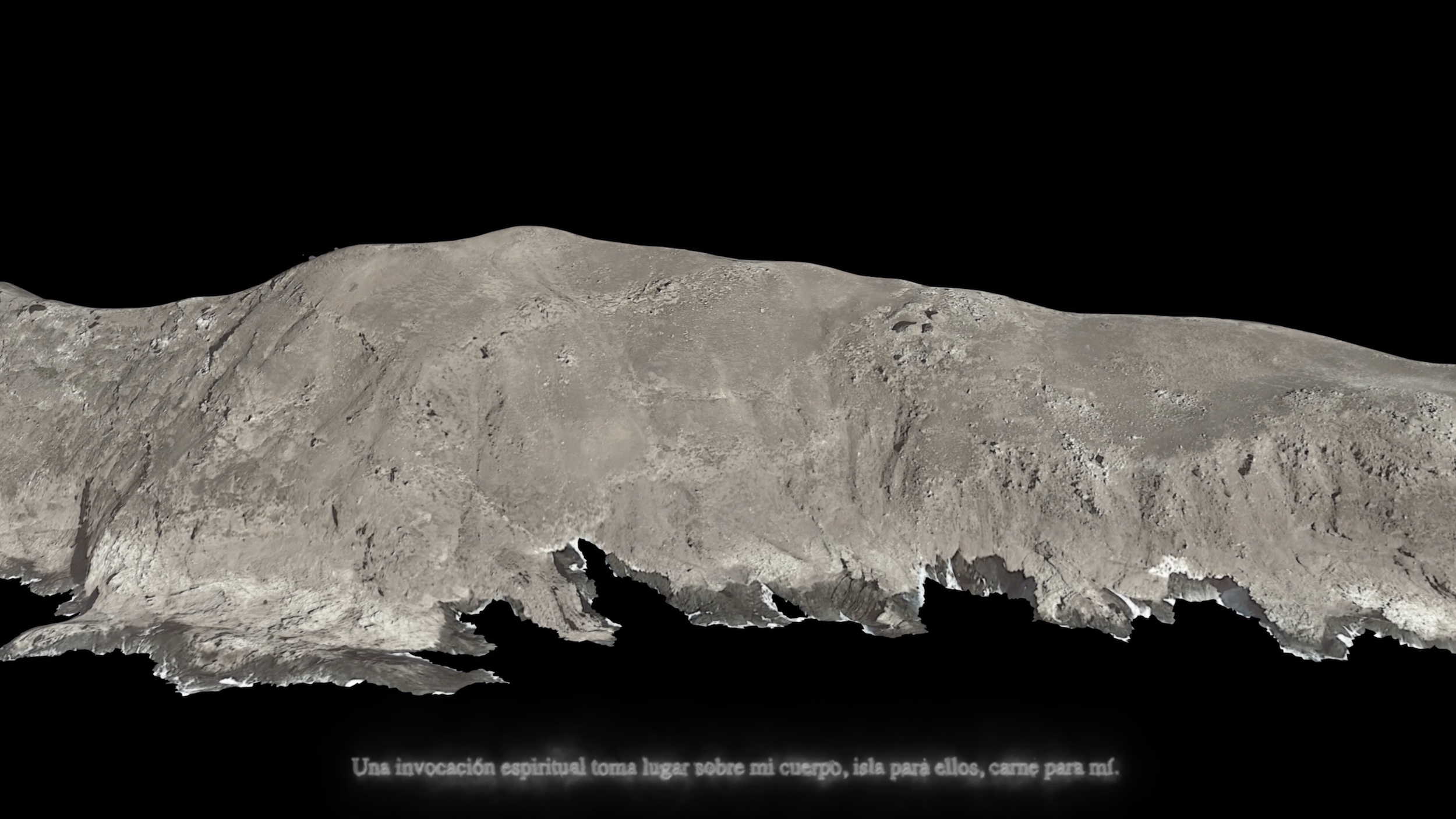 The XII Edition of Graphite highlights artworks and texts related around the concept of Attention, departing from the question How can we unravel the perceptions, assumptions, and belief systems that guide whom and what we pay attention to? Graphite Journal is a Los Angeles-based student arts organization dedicated to producing critical and creative projects in an integrated physical and digital space, promoted by the Hammer Museum.

Robert's artwork has been selected for the aforementioned edition, which may be found on page 54. Isla, dinos tu nombre is a digital and 3D animation of 6 minutes long about the Coronado Islands, which form an archipelago off the coast of the state of Baja California. These islands represent an important geopolitical value to smuggling and criminal activities, involving the American and Mexican frontiers. Regarding it, Alan Sierra writes: "Through a spiritual invocation, Andrew Roberts allows the island itself to expose its nature and describe the characteristics of its land, snatching the narrator’s voice from the conqueror. From 600 photographs of the region, the artist has created a 3D model that serves as a body for this presence.

In a second moment, Roberts presents a dark fantasy composed of mythological beings, fossil remains, architecture from ancient times and explorers who have been confined to the islands. This place built by images immersed in the memories of his childhood serves to establish a theory about the construction of a territory from fiction."