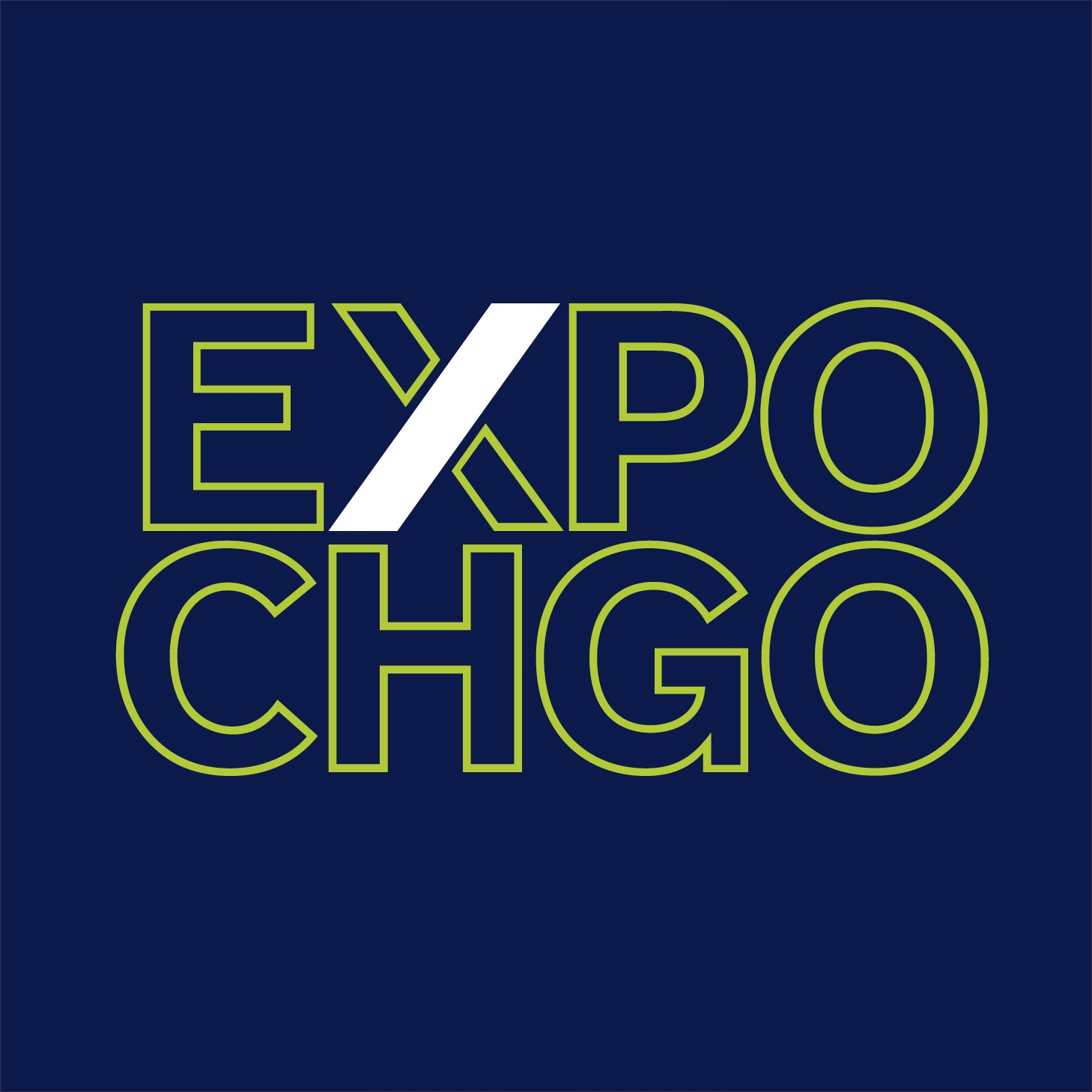 For EXPO CHICAGO Pequod Co. is pleased to present A Jab Line, a collaborative project between Leo Marz and Andrew Roberts.

What would happen if an artifact could tell us, firsthand, about its experiences? What desires, fears and anxieties would it express?

Historically, the presence of intelligent machines in science fiction, in movies and literature has been hand in hand with dystopian and decadent narratives. Beings, constructed from electric circuits and metal, depressed by the impossibility of being truly human, questioning the legitimacy of their emotions and thoughts.

This trope has one of its origins in the child’s novel Pinocchio’s Adventures, published in 1883 by Italian writer Carlo Collodi. Contrary to its film adaptation in 1940, produced by Disney, the novel follows the story of a wooden child that descends in a void where death and violence are constant. We should not forget that the novel was written during Italy’s industrialization period: it reflected the obsolesce of hand labor, mechanization of daily life, and the fear of otherness in the middle of Europe, where migration expanded quickly due to the need of industrial workers.

With A Jab Line, Leo Marz and Andrew Roberts construct an exercise of speculation. By fabricating a fiction within the space through haute reliefs and sculptures, the artists invoke the presence of the Pinocchio created by Collodi almost 140 years ago. It is materialized as an artifact that has lived long past its normal life span. Marz and Roberts use its presence to inquire about machines, the history of industrial automatization, and the complex emotional display that is implied with our contemporary relationship with electronic devices.

For the EXPO CHICAGO presentation, in EXPOSURE (curated by Humberto Moro), two pieces are presented as an installation: an animatronic sculpture of Pinocchio, and a series of haute reliefs on the central wall of the booth. The sculpture is built in wood, metal and electronic circuitry. Its eyes follow the spectator, while its hands and feet move freely.

The Haute Reliefs made of varnished wood illustrate, through synthesis and abstraction, jokes related to political cartoons, animation, and fictions about the life of Pinocchio throughout the 20th and 21st Centuries.

Thus, the installation shows Pinocchio as the lead character of a comedy show, which tells a series of irresolute jokes, with diatribe and humor that belongs to another time, showing itself as a failed comedian. 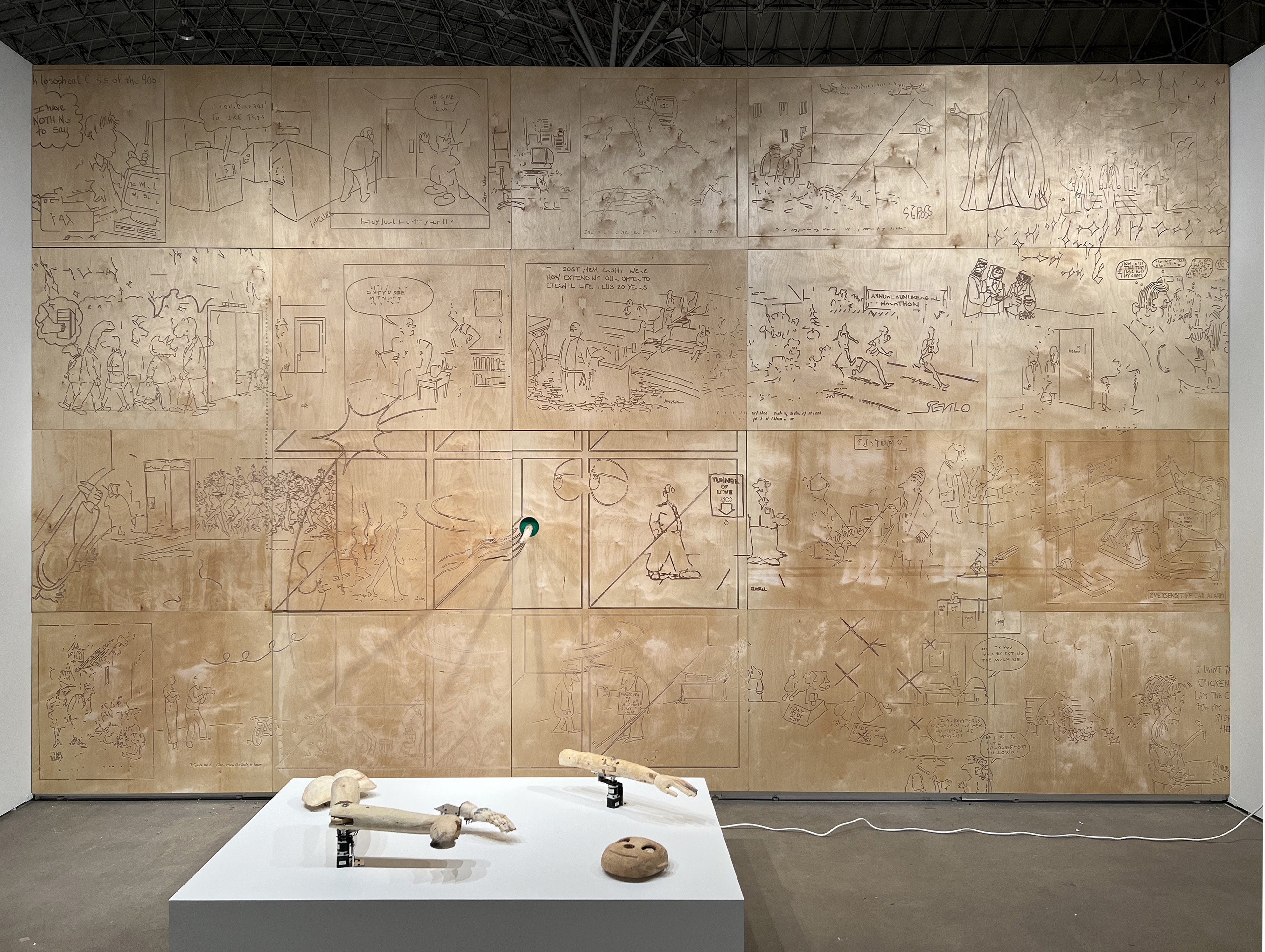 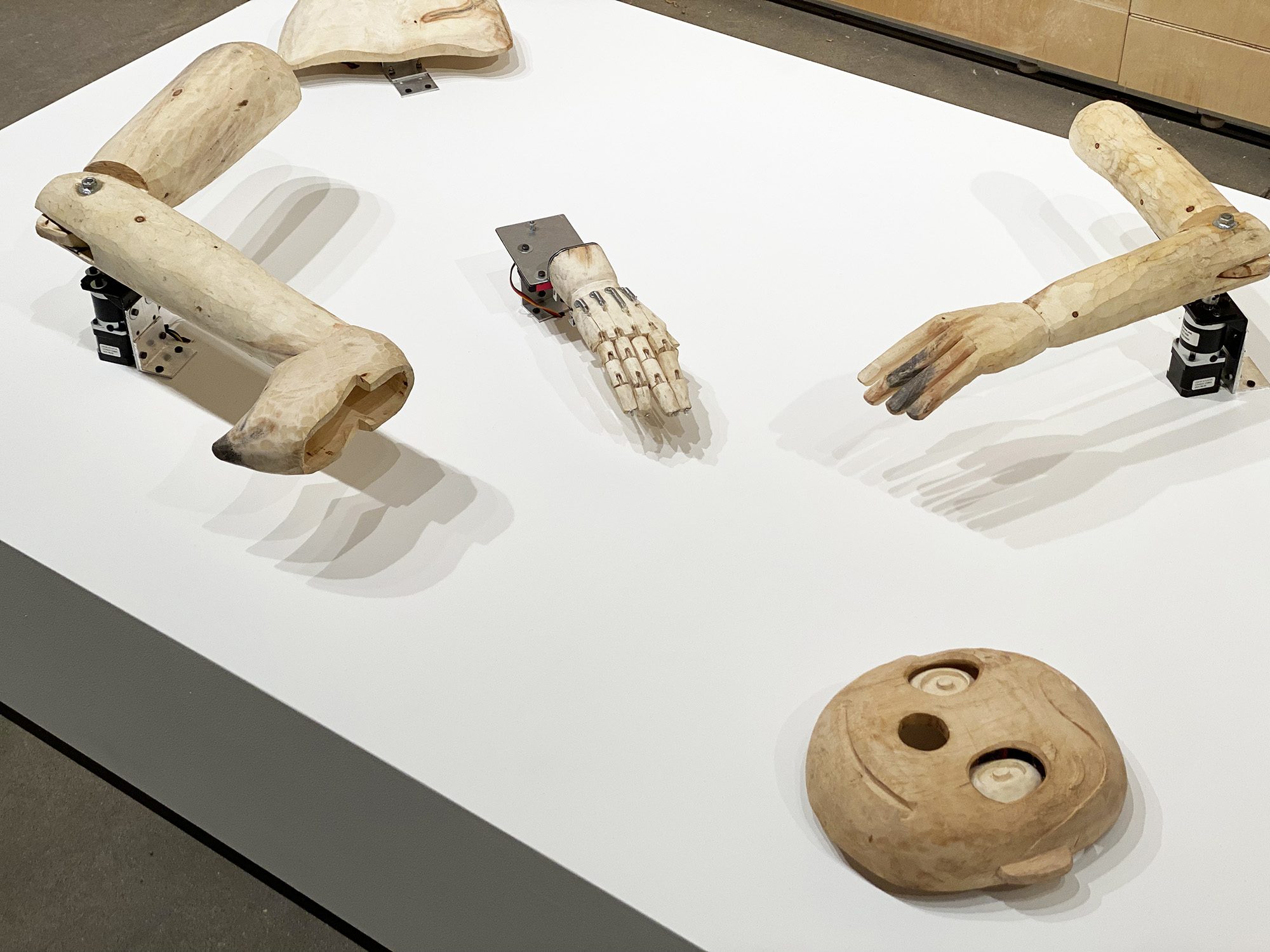 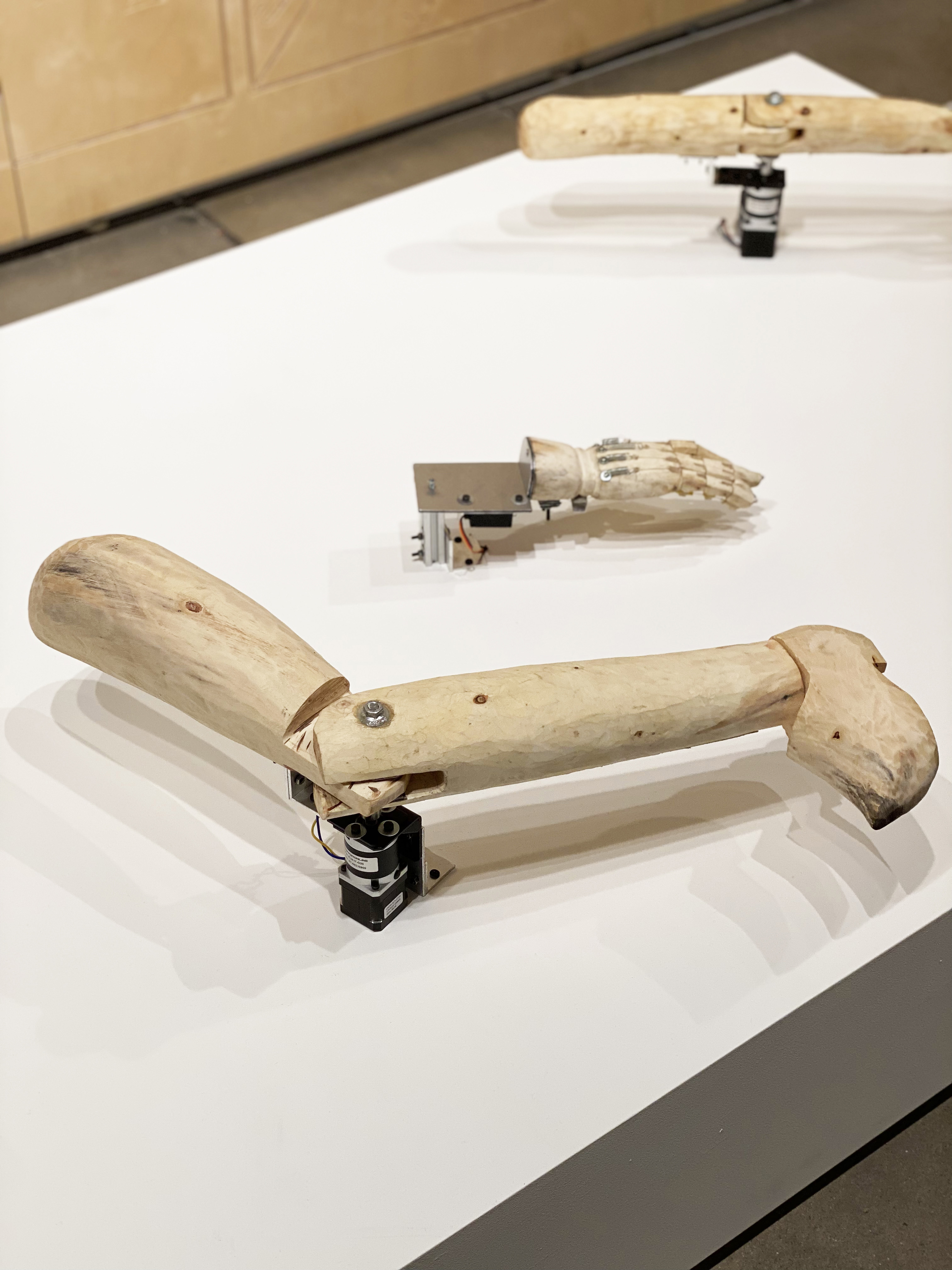 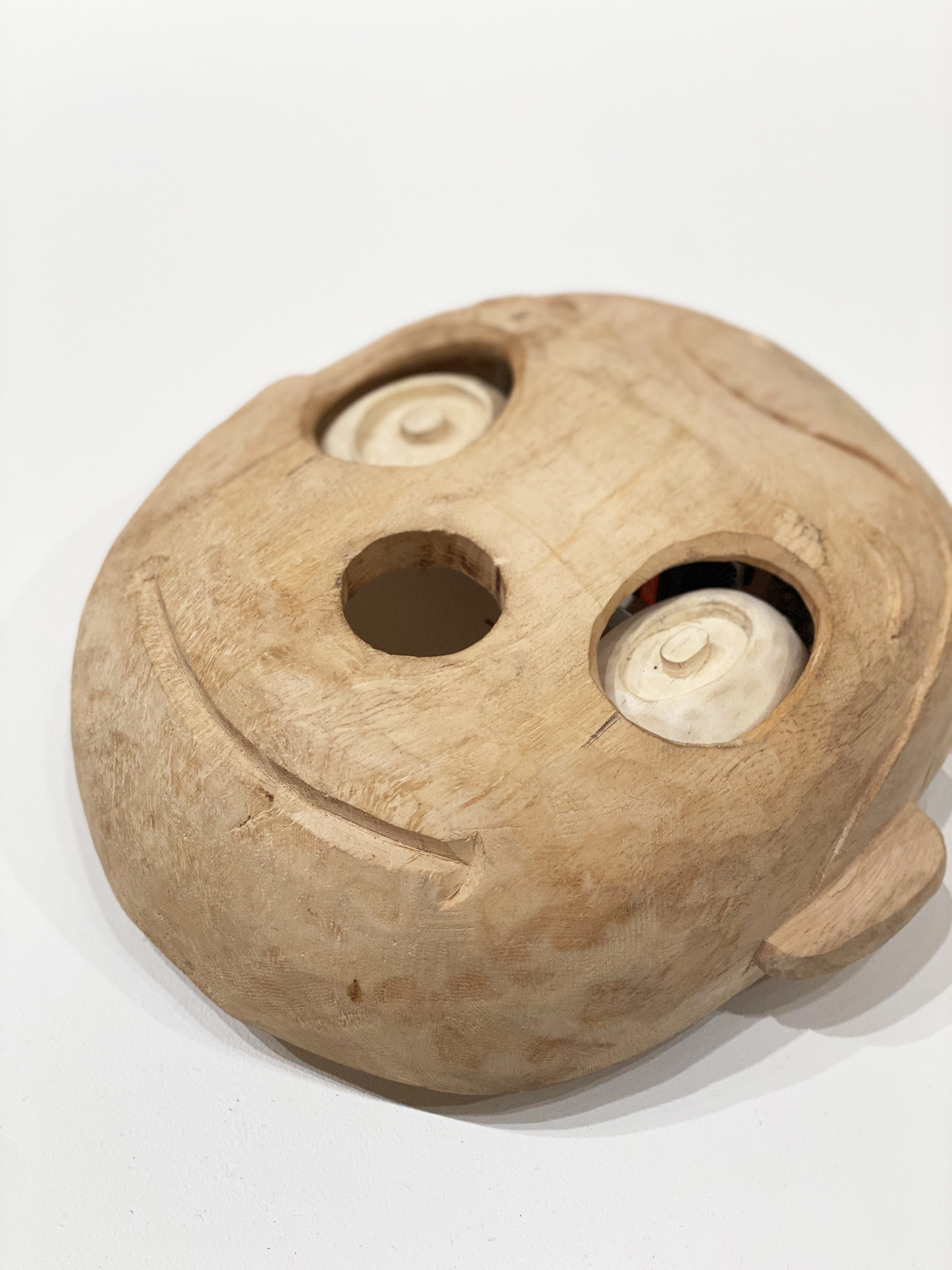 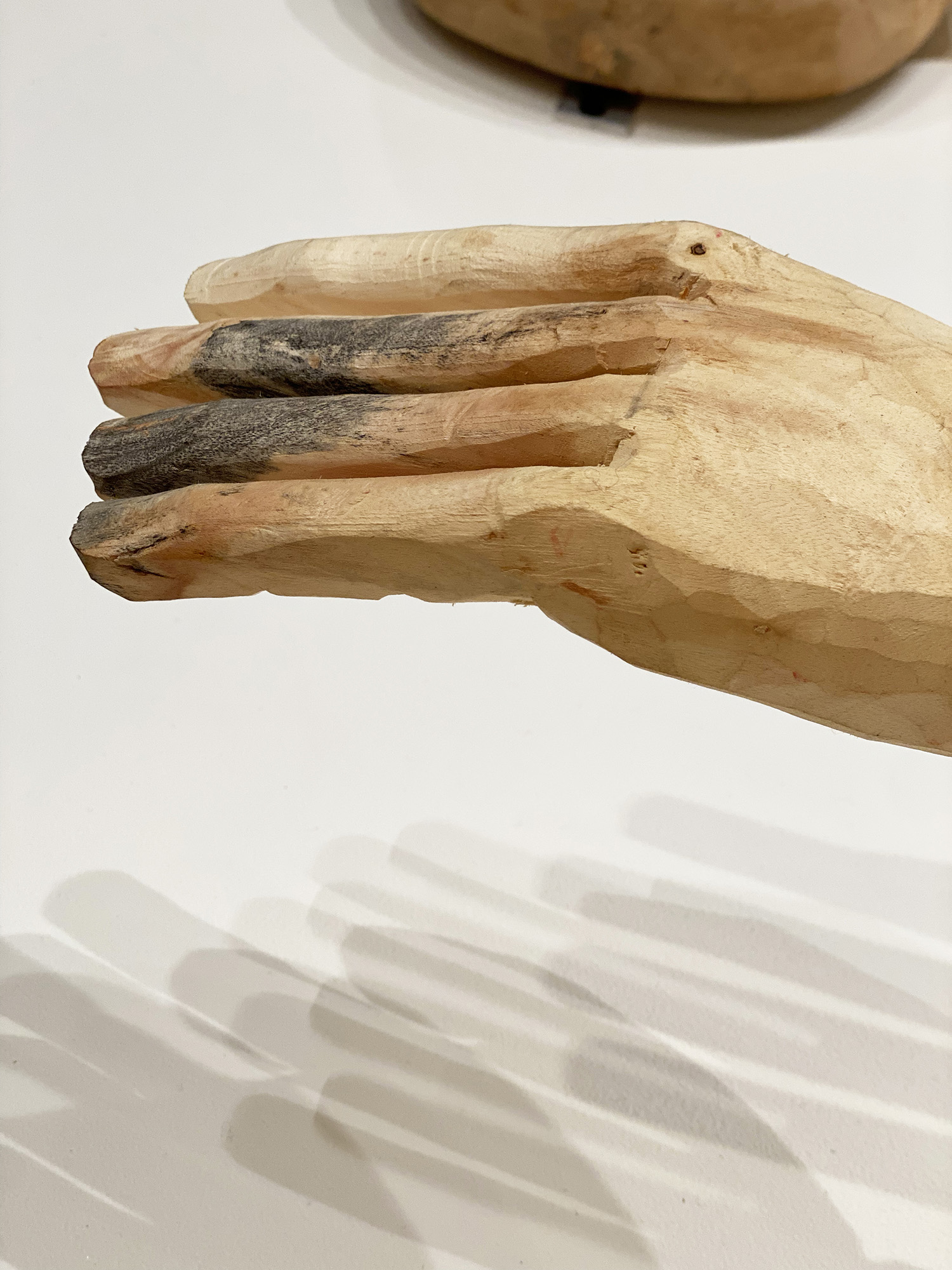 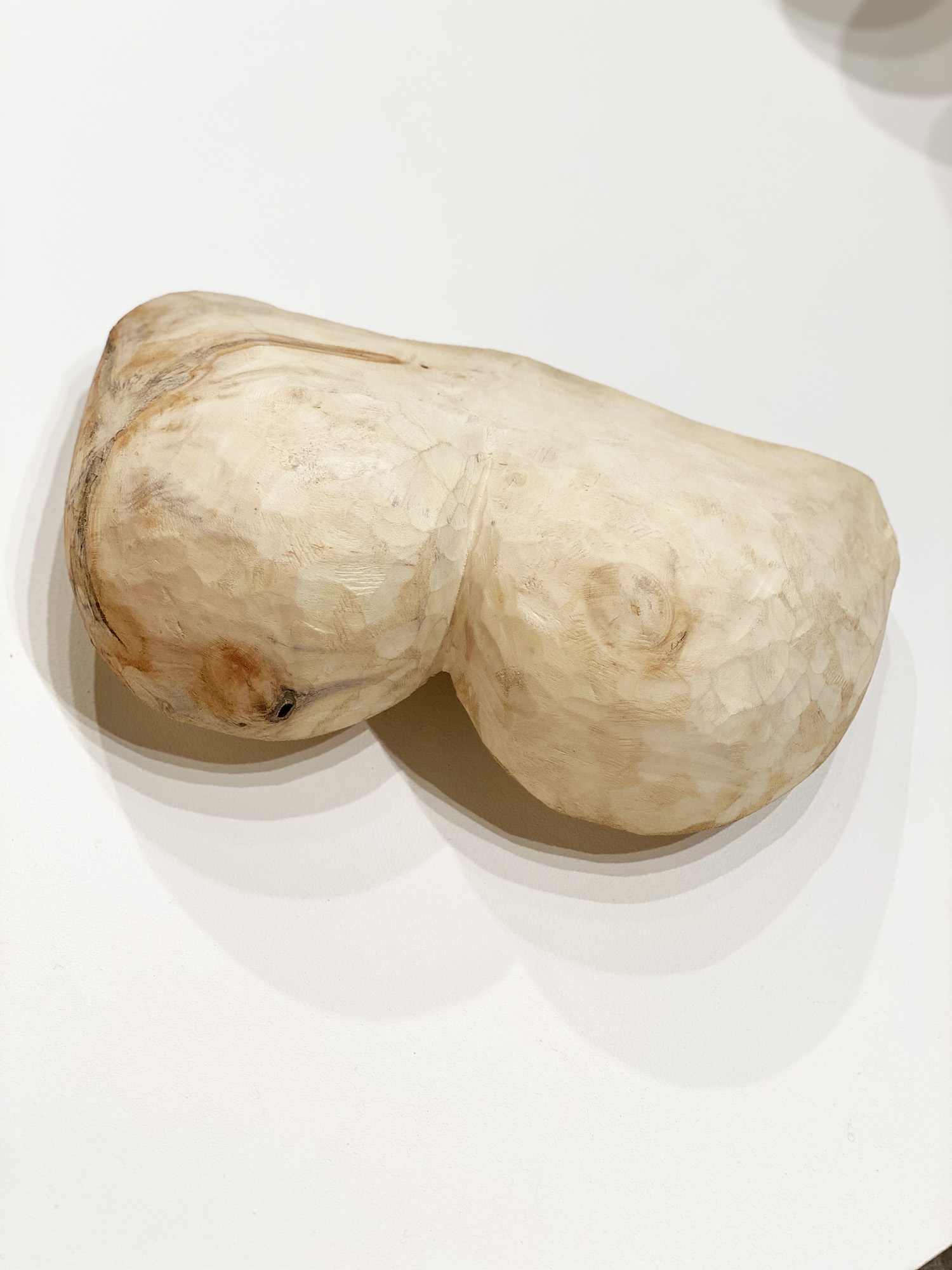 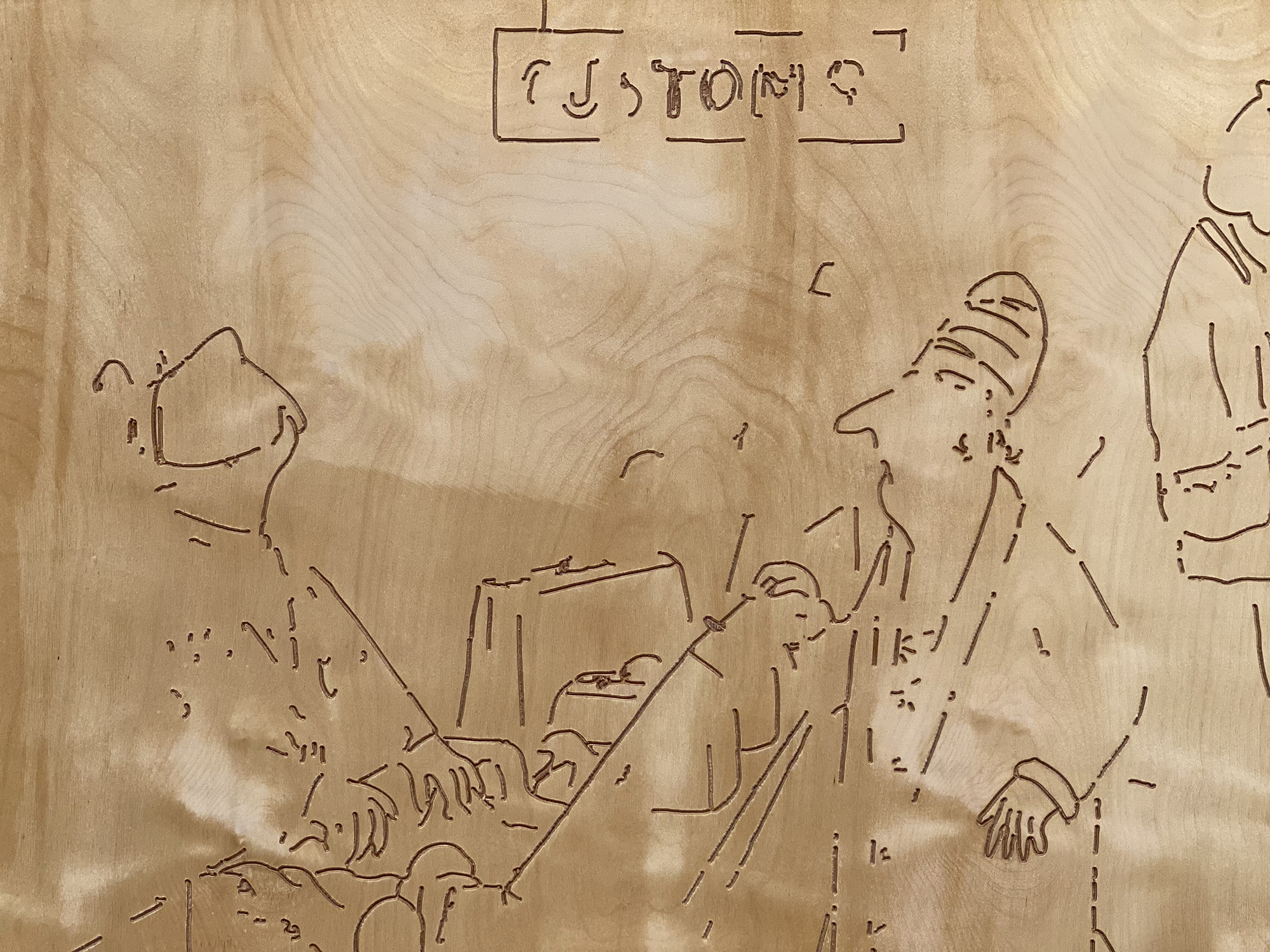 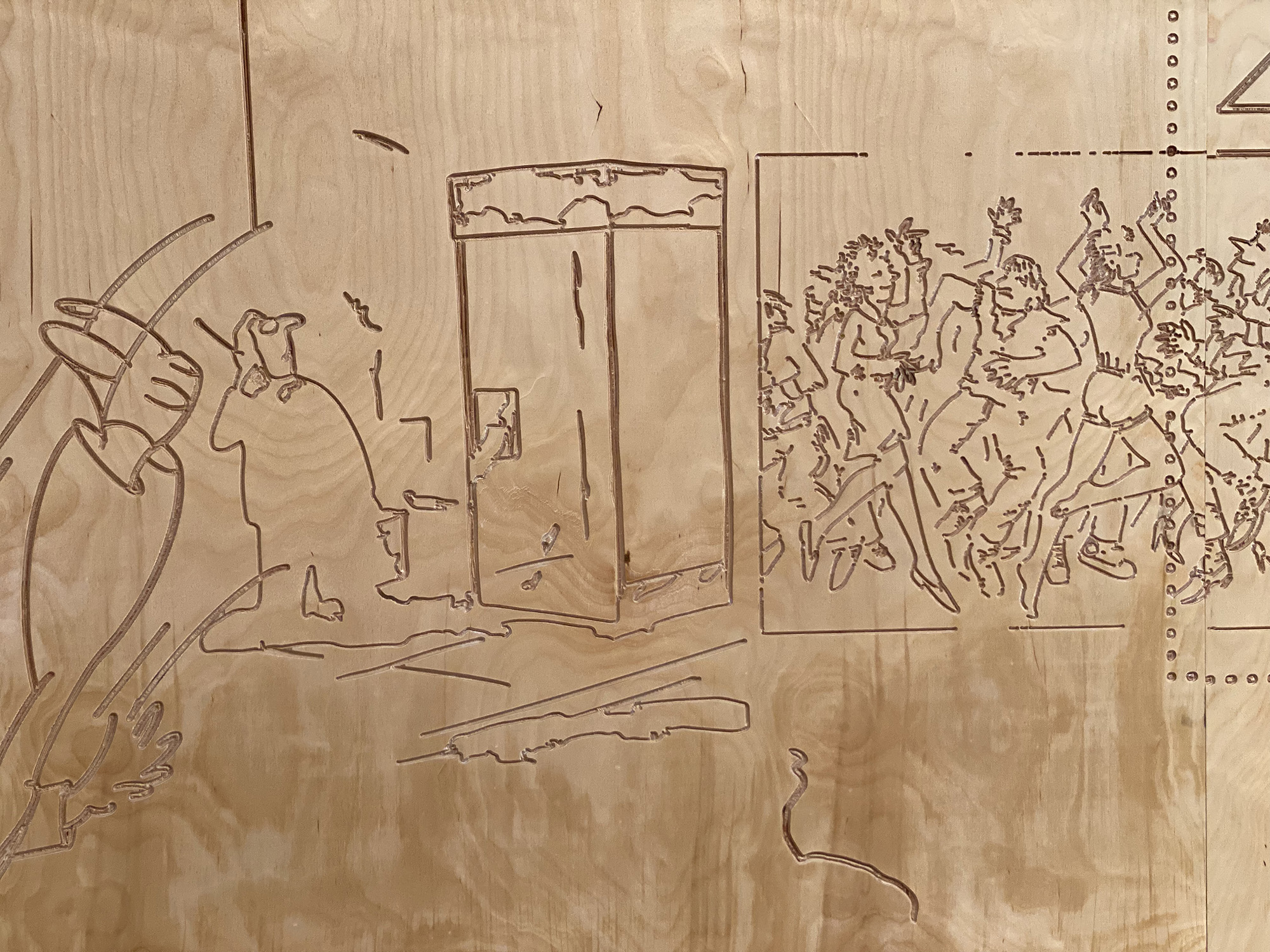